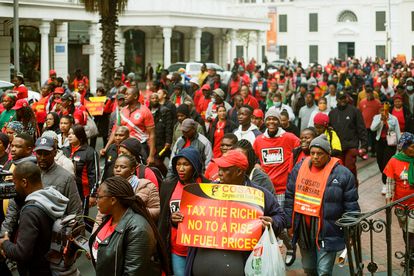 The unions called on workers to down tools on Wednesday, 24 August. There will also be demonstrations and marches in South Africa’s major metropolitan areas. The high cost of living and rampant unemployment were cited as some of the reasons for the protected strike. The South African National Taxi Council (SANTACO) will not be participating in the strike. SAFTU leader Zwelinzima Vavi said the union is not expecting great crowds on the day as there is no train service in many areas.

“The entire country, all of Cosatu’s nine provinces will be engaging in this action. We hope that workers in the country, whether they belong to Cosatu, Saftu or any other union. They are invited, they are covered by the certificate for them to join the strike. The strike will be protected,” said COSATU deputy secretary-general, Solly Phetoe, to SABC News.

[The live blog is here, we assure you. It may just take a minute or so to load. Refresh your page if need be.]