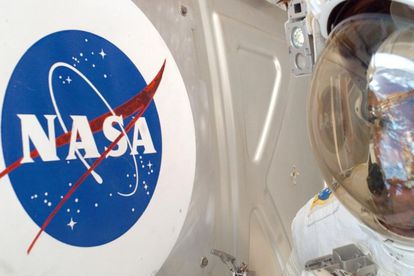 NASA scientists decided it would be a great idea to launch human nudes into space in the hopes of attracting alien life across the galaxies. Photo: NASA

NASA scientists decided it would be a great idea to launch human nudes into space in the hopes of attracting alien life across the galaxies. Photo: NASA

The scientists of NASA are continuing to search for intelligent life out in the cosmos and their latest attempt is to lure advanced civilisations with human nudes. Who knows how the theoretical aliens will respond to the unsolicited naked pictures.

IS NASA TRYING TO CATFISH?

The proposed nudes were revealed by the space agency in a recently released study entitled A Beacon in the Galaxy. The image is less graphic than most would expect as it is a pixelated depiction of a naked male and female human waving. NASA is hoping the wave will make humanity appear more inviting.

The primary objective of the project is to send a message to any alien civilizations that could be out there and finally make contact with extraterrestrials.

A DNA depiction accompanies the nude couples and the scientists made their attempt to depict gravity in the 2-D picture.

“Since the first faint flickering of sentience dawned in the primal minds of modern humans’ distant ancestors some hundred thousand generations ago, we have sought to communicate,”

says the scientists who are conducting the study.

NUDES WITH A HIDDEN MESSAGE

The entirety of the image adds up to become an updated binary-coded message that can be sent into space and is expected to be understood by aliens. The proposed message includes basic mathematical and physical concepts to establish a universal means of communication.

Binary is a sequence of zeros and ones, as simple as a yes or no.

“Information on the biochemical composition of life on Earth, the Solar System’s time-stamped position in the Milky Way relative to known globular clusters, as well as digitized depictions of the Solar System, and Earth’s surface were sent. The message concludes with digitized images of the human form, along with an invitation for any receiving intelligences to respond,”