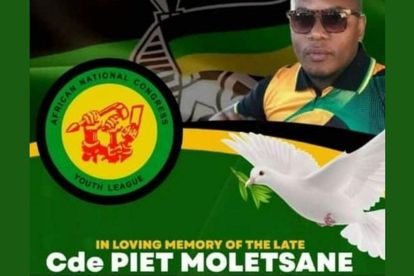 A former ward councillor in the Mathjabeng Municipality appeared in the Virginia Magistrate’s Court on Wednesday, 4 May, in connection with the murder of Piet Moletsane, 31, who was a candidate for the same position at the time of his death.

South African Police Service (SAPS) spokesperson Captain Stephe Thakeng said Moletsane was about to close up the liquor business he worked at when he was shot and killed on 23 September 2021 in Meloding.

The police allege that Liphoko is the alleged mastermind behind the killing and that he hired the suspected hitmen to do the job.

The former ward councillor was remanded in custody and is expected to apply for bail on 13 May.

As previously reported, the alleged hitmen – aged 31 and 34 – were arrested on 28 January 2022 and have made several court appearances.

The pair is also expected to make their next appearance in the Virginia Magistrate’s Court on 13 May.

Detectives Kabelo Molebatsi and Thabang Mokone of the Free State Organised Crime Unit led the investigation that led to the arrests.