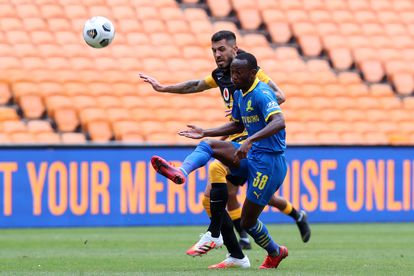 The Brazilians battle with Amakhosi for a spot in the semi-finals and a chance to make a statement ahead of this year’s DStv Premiership.

Chiefs may go into this clash as underdogs but that is a tag that they have dealt with very well within recent times. Nobody gave them a chance against Simba SC in the quarter-finals of the CAF Champions league, they famously prevailed.

When they travelled to Morocco to take on Wydad, only the most faithful Amakhosi supporters gave their side hope of victory and guess what? They won 1-0 in Morocco and reached their first-ever final in the tournament in their club’s history.

The same can be said for the recent clash between these sides. Chiefs had a lackluster campaign while Sundowns were sitting clear at the top of the DStv Premiership and Chiefs beat the odds yet again, beating the defending champions, 2-1.

Now, the lights are on and the stage is set. Baxter is back at the helm and he has signed a plethora of talent across every position. He has brought experienced campaigners like Njabulo Ncgobo and former Sundowns player, Keagan Dolly.

Dolly may very well earn his Chiefs debut against his former side.

Sundowns have signed Thabiso Kutumela who is one of the most promising talents in the country right now.

As well as, PSL Player of the Season, Peter Shalulile and Bafana Bafana star, Themba Zwane. They have attacking threats across the park.

Baxter will do his best to contain these players. It will be a tactical war as both teams aim to set the tone ahead of the new campaign.

Sundowns are favourites but this is a different Chiefs team to last season. One thing is for sure, you can bet on this being a very entertaining game!