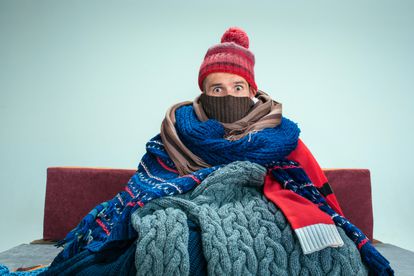 The worst of the cold front is expected in Gauteng on Sunday afternoon.

These are the expected temperatures:Johannesburg 14°C, Vereeniging 15°C and Pretoria 16°C.

South Africa experienced snowfall for the third time in the space of two months, and people couldn’t wait to get outside and start playing.

Several parts of the country had snowfall by Saturday, and the chilly weather has crept in.

The South African Weather Services (SAWS) has issued warnings for snowfall over the high lying areas of the Eastern Cape, the extreme western and south-western high ground of KZN (Drakensberg areas), and the extreme eastern parts of the Free state from Thursday.

“Widespread rainfall of 15 to 35mm is expected over the southern parts of the Western Cape and the south-western parts of the Eastern Cape. 24-hour accumulated rainfall of up to 40 to 50mm is also likely along coastal and adjacent mountainous regions of the eastern Garden Route District of the Western Cape and the south coast and adjacent interior of the Eastern Cape, which may result in localised flooding of susceptible areas and roads.”