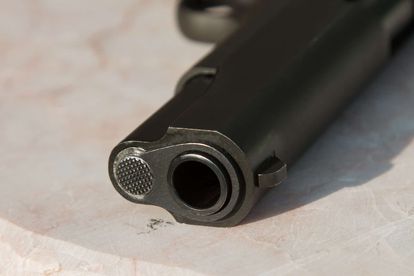 The Provincial Commissioner of the South African Police Service in Mpumalanga, Lieutenant General Mondli Zuma has strongly condemned an incident of domestic violence in which a 39-year-old woman, who was an employee at Disaster Management, was shot and killed, allegedly by her 42-year-old husband.

The Provincial Commissioner of the South African Police Service in Mpumalanga, Lieutenant General Mondli Zuma has strongly condemned an incident of domestic violence in which a 39-year-old woman, who was an employee at Disaster Management, was shot and killed, allegedly by her 42-year-old husband.

A 42-year-old Mpumalanga man is under police guard in hospital after allegedly shooting his wife before turning the gun on himself.

Police could not provide a detailed update on the condition of the suspect but indicated that he would face charges of murder.

The incident is believed to have begun with an argument between the couple, witnessed by neighbours. After an initial altercation, the man is reported to have gone into the home he shared with his 39-year-old wife to retrieve a firearm. The man then allegedly shot his wife and then himself.

Emergency Medical Services responded to reports of the shooting and arrived on the scene but were unable to resuscitate the mother of three children. The husband of the deceased who is also the suspected shooter, was taken to hospital and placed under police guard.

The Provincial Commissioner of the South African Police Service in Mpumalanga, Lieutenant General Mondli Zuma has strongly condemned an incident of domestic violence. The 39-year-old deceased was reportedly an employee of Provincial Disaster Management in Nelspruit.

“According to reports, the husband came home from work and asked to speak to his wife,” South African Police Service spokesperson Brigadier Leonard Hlathi said on Friday 15 May.

“They stepped outside for a brief discussion, but the husband went back into the house and upon going back outside, he allegedly fatally shot his wife as well as shot and wounded himself.

Police, as well as the Medical Personnel, were notified about the incident and they responded swiftly. The woman was unfortunately certified dead by the Paramedics at the scene whilst the husband was rushed to hospital where he is under police guard. The woman apparently leaves behind her three children.”

General Zuma pleaded with members of the community to refrain from using violence to resolve domestic issues as this incident follows another shocking display of gender-based violence in the province last week.

“In a separate incident, a 44-year-old man with a pending murder case, reportedly ended his life last week after strangling as well as stabbing his 44-year-old wife at Kabokweni,’ said Brigadier Hlathi.

“Preliminary investigations suggest that this too was a domestic violence-related incident.”

The General implored people to stop perpetuating domestic violence against women and children.

“They should evade violence but rather try to make use of available structures such as Social Workers, Traditional Leaders and other relevant structures to intervene as well as to resolve their matters amicably,” said General Zuma.