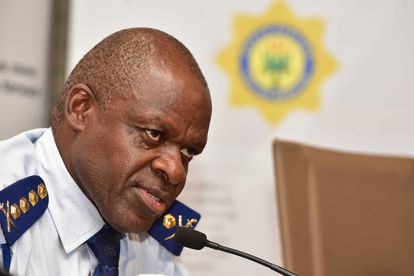 The Standing Committee on Public Accounts (Scopa) has heard that 257 members of the South African Police Service (SAPS) have ironically been arrested in relation to corruption allegations.

The top SAPS leadership, led by National Police Commissioner Khehla Sitole, appeared before the parliamentary watchdog on Tuesday, 3 November 2020, to give an account of members in blue who find themselves on the wrong side of the law.

Among those who were handcuffed, one was a major-general, two were brigadiers, three were lieutenant-colonels, five were captains, 33 warrant officers and the remainder included constables, sergeants and others, including reservists.

“The national commissioner has acknowledged that police corruption has become increasingly topical following the increasing reports of employees’ involvement in criminal activities. A perception of police corruption negatively undermines the entire policing fraternity,”

“But we didn’t know what was behind the curtain.”

So far, 77 police officers have been dismissed and 113 received lesser sanctions – which means they are still employed with the SAPS.

There have been concerns surrounding corruption allegations involving police officers. Particularly in the wake of Charl Kinnear, a senior police officer who was killed in an apparent hit. Kinnear is believed to have been investigating SAPS members colluding with underworld figures in Cape Town. The latest being a top cop who was arrested for her role in a R191 million SAPS contract.

“Her arrest and appearance relate to the supply of emergency warning equipment for the South African Police services in 2017. The contract price and exposure to the police fiscus was R191 million. However, R65m was paid to the service provider, Instrumentation for Traffic Law enforcement (Pty) Ltd,” the Investigations Directorate said at the time.

“A payment of R22m was stopped at an advanced stage of the Investigating Directorate’s probe into the matter.”

While in another case, two Gauteng station commanders were nabbed in connection with firearms licencing fraud and corruption.