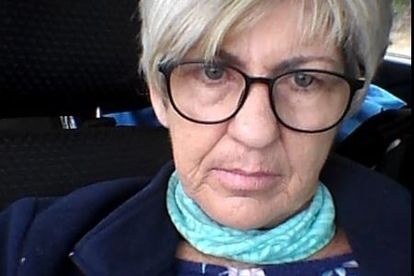 A woman who was reported missing was killed when her vehicle recently went over the notorious Voëlklip cliff in George.

WHAT HAPPENED ON TUESDAY?

Jessica Hapgood-Strickland, her daughter, confirmed on Wednesday morning to The South African that it is indeed her mother, 57-year-old Jo-Anne Lourens from Delville Park, who went missing on Thursday, 17 March.

“We were notified about the accident on Tuesday. Then the officer took us to the scene. It is my mother,” Hapgood-Strickland said.

While family members have confirmed that it is Lourens, police could not yet be confirmed the identity of the woman killed in the accident.

At this stage, it is unclear as to when, how, or why the vehicle went down the cliff.

Police spokesperson Capt Malcolm Pojie said a member of the George CPF discovered the vehicle and body of a woman inside between 16-17:00 on Tuesday, 22 March 22. He alerted authorities, who responded rapidly.

“EMS emergency members retrieved the body of a 57-year old woman from the wreckage of her car after it went over a cliff at Voëlklip near Heralds Bay, George, late on Tuesday evening.”

Pojie said an inquest docket was opened by George Saps for further investigation.

“The area where the car is located will be assessed today to determine whether and how the wreckage can be recovered.”

LOURENS WAS LAST SEEN ON THURSDAY AS SHE WAS DRIVING AWAY

Lourens (57) left her daughter’s house on the R404 farm road in Geelhoutboom around noon on Thursday and headed towards the airport intersection.

Her daughter Hapgood-Strickland was reportedly sleeping at the time.

ALSO READ: Have you seen this missing George woman?

She said her husband saw her mother driving off in the direction of the airport. Lourens was driving a white Chevrolet Aveo 2006 model. The car has a CAW numberplate with a holographic dragonfly sticker and navy blue cross that says ‘Jesus se karretjie’ on the back. Jo-Anne only had half a tank of fuel when she left the house.

Last month, on Tuesday, 8 February, Conrad Maree (33) was killed when his bakkie went over the deadly cliff.

Pojie said Maree did not arrive at work on Tuesday morning, and the employer traced Maree’s bakkie near Voëlklip Heralds Bay George.

The deaths of the two 75-year-old women at Voëlklip Cliff in February 2021 was one of many similar incidents that have taken place at the popular Western Cape fishing spot over the years.

In January 2021, a 34-year-old woman was travelling with her daughter, 2, and son, 8, when her vehicle also plunged off the cliff. The son managed to escape before the crash. The toddler’s body was found by a fisherman a month later.

In October 2019, Heidi Scheepers and her two children, Hugo and Cozette – aged 6 and 2 – died after their vehicle fell down the same cliff.

The bodies of Heidi and Hugo were recovered but not of Cozette.