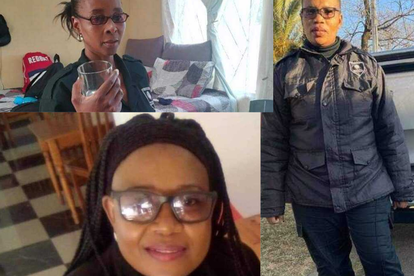 The women were found on Wednesday evening and were reportedly taken to hospital for medical treatment.

As previously reported, the three women were nowhere to be found when private security personnel posted at Seeisoville Stadium in Maokeng came to relieve the night shift staff on Wednesday, 17 August 2022, at about 05:30. They were last seen wearing black Isidingo Security uniform as depicted in the photos that were circulated.

According to police, personal belongings and cellphones of the three female security guards namely, Mamokgo Julia Tladi (44),  Gladys Masabata Motoai (37) and Maletsatsi Mofokeng (39) were found in the guard room.

Free State police spokesperson, Sergeant Mahlomola Kareli, said Maokeng police were then summoned to the scene and a search party was launched.

Kareli said at about 21:30 on Wednesday 17 August 2022, the three women were found at Lovedale in the outskirts of Maokeng. Their hands were tied and they were disorientated.

The fact that the Free State women were found alive has come as a relief for many, considering how it has become a norm that whenever women and children go missing in South Africa, they are most likely to be found dead, raped and dismembered.