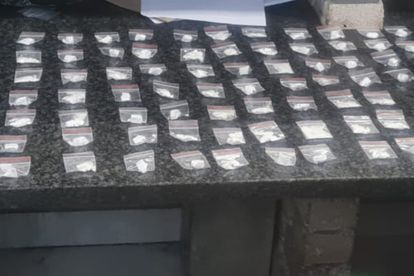 The Western Cape police arrested a 35-year-old suspect for possession and dealing in drugs on Wednesday, 27 July.

READ: Timaru tragedy: Trial of SA mom accused of killing her daughters in New Zealand to be moved

“The members received information about drugs at premises. Members operationalized the information and proceeded to the identified residence where a search was conducted,” said Twigg.

Methcathinone, better known as cat, kat and other names, with an estimated street value of R175 000 was found in a bag in the suspect’s possession.

The man appeared in court on charges of dealing and possession of drugs on Friday, 29 July.

According to Crossroads Recovery Centre, cat is a stimulant that resembles methamphetamine (tik) in structure. The drug is made from easily accessible chemicals and can be made in most kitchens.

Cat usually presents as a white crystalline powder, which is commonly snorted. It is also taken orally diluted in water or another beverage or it is injected.