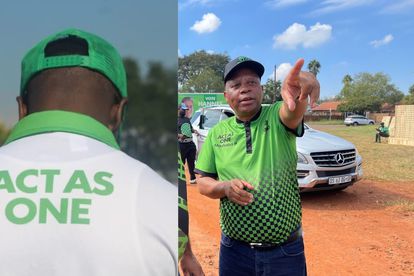 ActionSA leader Herman Mashaba believes the biggest losers in the defunct DA-led coalition government are the residents of Joburg.

MASHABA SYMPHATHISES WITH THE RESIDENTS OF JOBURG

The DA-led coalition was ousted yesterday, Friday, 30 September following a vote of no confidence against Mayor Dr Mpho Phalatse.

ActionSA leader Mashaba has come out to address misinformation about what led to the coalition’s downfall.

“There is sadly a tremendous amount of misinformation around following the events that took place in the Johannesburg Council this week. The biggest losers are the residents of Johannesburg, but rest assured that ActionSA did everything in our power to save Johannesburg, and we will continue to do so.”

He said ActionSA and every other coalition (other than the PA) voted with the coalition this week and not against it.

” We put Joburg ahead of our disappointment with DA’s refusal to strengthen the coalition by accommodating an IFP Speaker, despite every other coalition partner agreeing this was the best course of action,” said Mashaba.

WHAT REALLY HAPPENED ACCORDING TO PARTY LEADER

ActionSA leader revisits events leading to the coalition’s collapse which happened after former Speaker Vasco Da Gama was ousted in a vote of no confidence.

Mashaba cannot fathom the DA’s decision to fight the outcome. “The DA now want to argue the integrity of an agreement as grounds for not accommodating the IFP. It has nothing to do with this. It was about stabilising coalitions (ironically to the benefit of DA Mayors).
The rationale of ActionSA and the coalition partners was to improve power sharing, deepen co-governance and stabilise the coalition. Parties like the IFP and PA were being pursued by the ANC and placing those parties in leadership of government would stabilise matters,” he reflected.

ALSO READ: Herman Mashaba hits back, after being accused of ‘high treason’ and ‘terrorism’

He said all coalition parties engaged the DA in a series of meetings to accommodate the IFP.

“In these meetings, every other party supported the change but the DA resisted it. The PA warned the DA of the consequences of ignoring the coalition and the DA ignored everyone,” Mashaba shared his version.