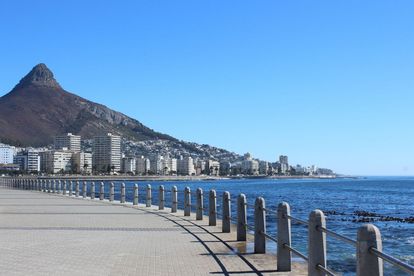 A man drowned in the natural tidal pool alongside Sea Point Promenade on New Year’s Day.

A COUPLE NOTICED THE MAN IN THE WATER

According to Marc de Vos, the National Sea Rescue Institute (NSRI) Table Bay station commander, a German couple staying in a block of flats opposite the Promenade had noticed the man in the water, and they raised the alarm.

“SRI Table Bay duty crew and the City of Cape Town (CoCT) water rescue network were activated following eye-witness reports of a local man appearing to be in difficulty in a natural tidal pool alongside the Sea Point Promenade.

THE LIFELESS BODY OF THE MAN WAS RECOVERED

De Vos said that on arrival on the scene an NSRI rescue swimmer entered the water where the German man was assisting to recover the lifeless body of a local man, believed to be aged in his 50’s, from the water.

“The NSRI rescue swimmer recovered the man onto rocks where sadly paramedics declared the man to be deceased.

“Condolences are conveyed to the family of the deceased man,” he said.

The body of the man has been taken into the care of WC Government Health Forensic Pathology Services. Police have opened an inquest docket.

“The German couple are commended for their efforts to assist.”

Meanwhile, a 10-year-old girl drowned at the Strand beach on Saturday morning.

According to Alan Meiklejohn, NSRI Gordons Bay station commander, the Zelda sea rescue craft searched in the direction of sea currents when a resident in a block of flats opposite Strand Beach reported sighting the girl in the water a distance away from where she had reportedly originally been swimming.

“The sea rescue craft was nearing that area at the time and NSRI crew spotted the girl lifeless in the water. She was recovered onto the sea rescue craft and brought to paramedics on the shore where sadly she was declared deceased.

“Condolences are conveyed to the family of the deceased girl,” he said.

The body of the girl has been taken into the care of WC Government Health Forensic Pathology Services. Police have opened an inquest docket.