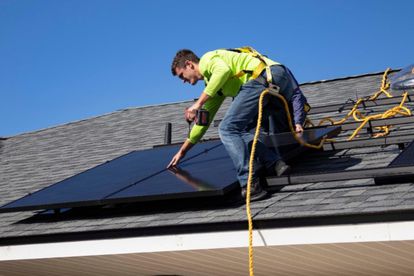 Eskom may charge tariffs to people who solve their own energy crisis. Image: Raze Solar on Unsplash

Eskom may charge tariffs to people who solve their own energy crisis. Image: Raze Solar on Unsplash

Can Eskom behave while South Africa celebrates their five-day Christmas? People will get their 13th check and spend their private stokvel monies this month but are the perishable items going to make it through December? The fridges are getting confused and some are turning into boxes because they are falling apart, quicker due to the incoming and outgoing electricity hiccups. Mzansi wants to know: Is Eskom going to sort themselves out come 2023 or what?

As it stands Eskom is not only ruining South Africa but parts of the African continent it provides the electricity service to as well. Consumers want to know if there is a way forward? News circulating is that solving the energy crisis would mean installing solar panels for your homes and businesses. As a result of installing a solar panel you will eventually save money but not at the beginning. And woosa for folks who do install solar power, they can rest assured their electricity bill will remain the same as the traditional route. We hope! Time will tell if it works out for everyone because there could be a tax deduction if you do install this genius way of getting free power.

Eskom voetsek we have power

People who do have solar power are not suffering with children, spoiled-food and family tantrums. Their fridges can remain on, or you choose what you want to use the electricity for? The best way is to create another stokvel with a separate Mama and save for your new solar-panel. A new panel every December, sound good? Then for sure when Eskom feels proud to give us their next Stage’s number we can all say, “Voetsek!” as one South Africa. That is Ubuntu right there. Hey!

Some ways to keep going while Eskom fails SA this Christmas: