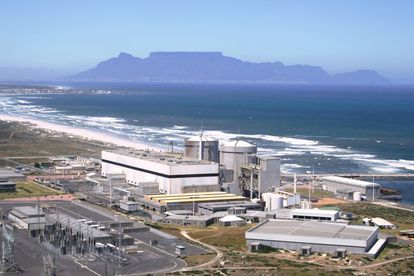 Eskom has confirmed that load shedding will be suspended on Christmas day, but this will only be possible as long as demand stays low. Image: Eskom.

Eskom has confirmed that load shedding will be suspended on Christmas day, but this will only be possible as long as demand stays low. Image: Eskom.

Eskom announced that the outage of Unit 1 of the Koeberg Nuclear Power Station would be delayed to allow more time to stabilise the national power system. The maintenance was meant to commence on Wednesday night, and the power utility only communicated the delay on Thursday morning, 8 December.

READ: Eskom shuts down Unit 1 of Koeberg Nuclear Power Station – here’s what you need to know

Koeberg Unit 1 has been running for 407 days since its last outage. South Africa is currently experiencing Stage 6 load shedding, which is expected to end early on Saturday morning.

“The Koeberg Unit 1 refuelling and maintenance outage is therefore planned to now commence on Saturday 10 December 2022, should the grid conditions have recovered to ensure stability of the system,” said the power utility.

Sadika Touffie, the Acting Chief Nuclear Officer, said Eskom is ready to commence with the six-month outage and contractors and all the necessary resources are on standby. However, grid stability is not at the required level.

“This is going to be a long but necessary outage – the first of its kind for Koeberg. Eskom has taken care to ensure no undue delays are experienced once the project gets underway,” said Touffie.

The struggling electricity system could face additional strain during the outage.

The project will see Unit 1 refuelled for the 26th time since its commissioning. Three steam generators will also be replaced as part of the long-term operation program of the Koeberg Power Station. Unit 1’s reactor pressure vessel head was replaced years ago.

“Unlike other types of power stations, where fuel can be added to continue generating power, the fuel at a nuclear power station is sealed inside a reactor vessel, which is opened for refuelling every 15 to 18 months.

“This is also a time when the station will perform certain required inspections on equipment and perform more intrusive maintenance that cannot be performed when the unit is online,” said Eskom.

Koeberg Units 1 and 2 are the largest generating units on the continent and can produce 920MW each.

As previously reported, the work done at Koeberg is part of Eskom’s plan to extend the plant’s lifespan for another 20 years. The current operating licence expires in 2024-2025.

According to Nuclear News, Eskom submitted its formal application to extend the operating licence to South Africa’s National Nuclear Regulator in 2021 and submitted its safety case for long-term operation in support of the application earlier in 2022.

The nuclear regulator has two years to consider the application and provide an outcome. No safety concerns have been identified, and it is likely that the licence to operate beyond 2024 will be provided.