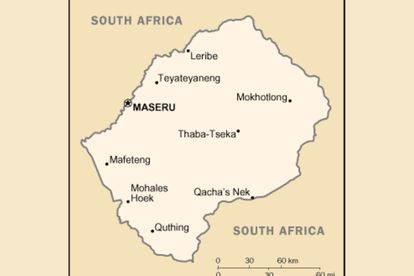 Three suspects were extradited from Lesotho via the Maseru border on Monday, 25 July, years after they were arrested for a 2019 murder that occurred in Bonnievale, Western Cape.

At the scene, they found a woman who had sustained serious injuries and the body of a 55-year-old man near a pump house. He had a gunshot wound to the head.

The man was declared dead at the scene and the woman was transported to a hospital for treatment.

The suspects fled the scene with two firearms and an undisclosed amount of cash. A day later a 29-year-old man was arrested.

Swartbooi said organised crime investigators “went the extra mile” and found information that indicated three persons of interest fled from Bonnievale to Lesotho on the night of the attack.

“An application for a warrant of arrest was approved for the imminent arrest of the three persons of interest. On Friday 06 December 2019 three males aged between 25 and 26 were arrested and detained with the assistance of the Lesotho police,” said the police spokesperson.

The arrested suspects were returned to South Africa after a lengthy extradition enquiry at Mohales Hoek Magistrate’s Court in Lesotho.

“On Monday 25 July 2022, the three suspects were extradited at the Maseru border, facilitated by Interpol where the warrant of arrest was executed,” said Swartbooi.

The suspects are expected to appear before the Bonnievale Magistrate’s Court on charges of murder and attempted murder once charged.