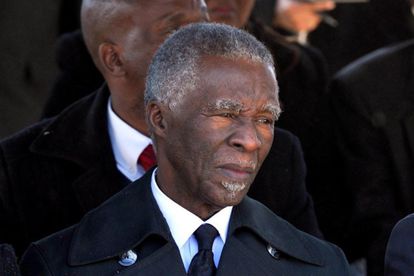 This comes after Mbeki expressed criticism towards the ANC’s leadership at the memorial for Jessie Duarte – the late ANC Deputy secretary-general.

Thabo Mbeki says we are heading towards ‘Arab Spring’

“There is no national plan to address the challenges of poverty, unemployment and inequality. It doesn’t exist.”

Specifically, he declared that Ramaphosa has done nothing to alleviate poverty and unemployment levels. He warned that the extreme inequalities in South Africa are a breeding ground for an uprising. Further, he warned that South Africa might be on the brink of an ‘Arab Spring’. He used Tunisia as an example:

“One of my fears, comrades, is that one of these days… we’re going to have our own version of Arab Springs. You remember what happened in Tunisia, in Tunis when that Arab Spring started? A street vendor was abused and beaten up by the police and destroyed whatever he was selling, and that got the country angry,”

Even if Mbeki’s assessment of the country is accurate, Malema noted the hypocrisy of the Former President’s statements.

“Thabo Mbeki wants to speak like a moral authority after he said we must allow Cyril to explain the theft.”

Malema stated at the Student Command elective conference in Boksburg on Saturday.

The theft in question being the alleged money laundering and unlawful detaining of a domestic worker at Ramaphosa’s Phala Phala farm.

Additionally, Malema pointed out that Mbeki is the one who endorsed Ramaphosa’s presidency only four years ago.

Malema implied that Mbeki must be reflective of his own role in the state’s demise instead of merely pointing fingers at current leadership.

READ ALSO: Here’s why Thabo Mbeki is being tipped to run for ANC leader