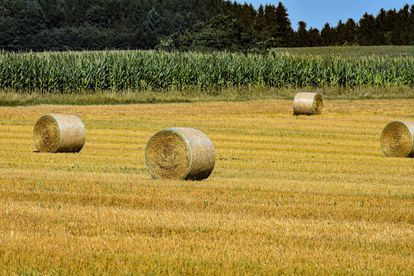 available to emerging farmers by offering 30-year leaseholds, with an option to buy, has been strongly criticised by the Free Market Foundation.

It says this approach “perpetuates apartheid thinking that poor black people may not own land”.

Opportunity not being grasped

According to the foundation, the government is again failing to grasp an opportunity to redistribute state-owned land to landless black citizens on full freehold title. Instead it is ‘allowing’ them to farm state land on a 30-year lease, and only then will an option to buy kick in.

The Free Market Foundation is an independent public benefit organisation founded to promote an open society, the rule of law, personal liberty, and economic and press freedom.

In a press statement it says the decision to make available a total of 896 farms is a move in the right direction, but questions why these emerging farmers are not being granted full title.

Title deed will give security

“Why is government holding onto to ownership? Full title deeds are the first step on the economic prosperity ladder,” the foundation observes.

“A title deed is property security and enables the owner to become an economically active citizen by accessing finance and other forms of benefits that home ownership provides.

“Benefits include pride, dignity and the ability to pass property to the next generation and other family members, something that has long been denied to poor black people.”

The foundation says apartheid’s greatest crime against humanity was that it prohibited blacks, coloureds and Indians from being owners of their own property and, where they were already owners, it seized their property.

“Apartheid’s denial of ownership must be redressed with the expansion and entrenchment of ownership. Leasehold is an insult to this important national objective.”

The foundation warns that making the land available only on leasehold provides no security to the farmers involved.

Corruption is a real threat

“The networks of patronage and corruption that permeate the South African state means that there will always be a risk that a bona fide lessee’s lease will be ended and the farm will be given or leased to someone more politically connected.

“Inevitably this means a bona fide lessee will not put as much effort and personal resources into the development of a farm business as a private owner who has full recourse to the police, lawyers and courts to protect their property.”

It cautions that the problem of ‘failed black farms’ will therefore continue through no fault of those farmers.

Will President Cyril Ramaphosa resign TODAY? He is expected to address the nation soon