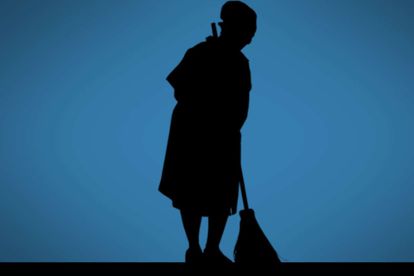 A new survey on pay and working conditions for domestic work in South Africa shows that “underemployment” among domestic workers has peaked during the lockdown, with 80% of respondents reporting that they worked fewer than eight hours a day, and 74% earning less than R2 500 a month – up significantly from the pre-lockdown figure of 37%.

The study, carried by home cleaning company SweepSouth, attributes this to reduced spending by middle-class households which offered fewer hours or work opportunities to domestic workers.

Increasing job losses and the overall negative impact of the lockdown on the economy has seen South Africa’s expanded unemployment rate rocket to 42% for the second quarter of 2020.

“Sadly, these statistics are unsurprising, given the economic downturn with which South Africa is grappling. Although these figures represent unemployment in the formal sector, they signal decreasing disposable income among economically active South Africans, which will undoubtedly have a detrimental knock-on effect in the informal sector.”

Pandor says the annual survey has highlighted the dire financial straits that the majority of domestic workers have found themselves in as a consequence of Covid-19 and related lockdowns.

“Many domestic workers are the sole providers for their families. The increase in the unemployment rate in the formal sectors will quickly filter down and push more vulnerable South African residents into poverty.”

Questions relating to pay and current circumstances were posed to almost 5000 domestic workers, and represents a key voice which, due to its socio-economic status, is often overlooked in discussions that affect all aspects of their lives, the report said.

There has been a significant increase in the cost of living for domestic workers during the COVID-19 pandemic.

The total average monthly basic expenses increased by 34% to R4 225 per month.

The most notable increases were in food (up 52%) and school fees (up 65%). This, the report said, is likely as a result of a combination of inflation and an increase in the number of sole breadwinners (up 13%).

The reported drop in earnings by domestic workers is likely to have a domino effect in respect of pre-existing debt among South Africans too because an increasing number of households are forced to reduce spending while facing mounting debt.

SweepSouth’s report indicates that low-income households are forced to take on further debt when they cannot reduce spending any further, concluding that 70% of the domestic workers surveyed are in debt.

“Among those already facing a disproportionate number of job losses (the less educated, the poor, Black Africans and informal workers), women faced even further job losses putting them at a ‘double disadvantage.’”

Pinky Mashiane, the co-founder of the United Domestic Workers of South Africa (Udwosa), says domestic workers are central to South Africa’s economy, but are often taken for granted.

“They can raise children — they leave their own children and sacrifice their own families — and after that employers will pass them off to their children without even thanking them.”

The Stats SA Quarterly Labour Force Survey for the first quarter of 2020 found that 9000 fewer people were employed as domestic workers versus Q4 in 2019.

Furthermore, the National Income Dynamics Study – Coronavirus Rapid Mobile Survey report showed an 18% decline in employment between February and April 2020, with 1 in 3 income earners in February not earning an income in April.