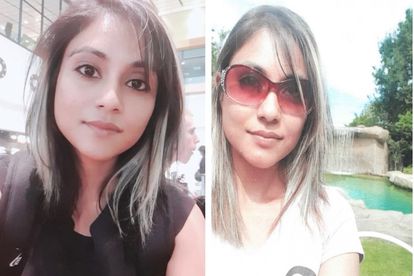 The SAPS in KZN is looking for 36-year-old Raksha Rajkuma Pooran who is accused of defrauding a man of R3.5 million between 2017 and 2019. Photo: SAPS / Facebook

The SAPS in KZN is looking for 36-year-old Raksha Rajkuma Pooran who is accused of defrauding a man of R3.5 million between 2017 and 2019. Photo: SAPS / Facebook

The South African Police Service (SAPS) has requested assistance in tracking a 36-year-old woman. Raksha Rajkuma Pooran is suspected of defrauding a man of R3.5 million.

Spokesperson for the SAPS in KwaZulu-Natal (KZN) Lieutenant Colonel Nqobile Gwala said that the man alleged he was defrauded of the money between 2017 and 2019. The money was taken from both his business and personal accounts by a known suspect.

The SAPS said the woman fled after allegedly defrauding the unnamed man. The man opened a case at the Westville SAPS. Although Pooran was traced,  she was not found and a warrant for her arrest has been issued.

“The suspect fled the scene after the incident. The victim was defrauded of the amount of R3.5 million. A case of fraud was opened for investigation at Westville SAPS. The suspect was traced but she was not found. A warrant of arrest has been issued by the court,”

The SAPS have appealed to anyone who might have information regarding Pooran. They shared images of the suspect and requested people with information to contact the investigating officer Detective Lieutenant Colonel Ngcobo 082 334 8123 or Crime Stop on 08600 10111.

How does the cliche go? You can run but you can’t hide. This is what police felt during the arrest of a suspect who spent 13 years on the most-wanted list. So how did it all really happen? According to the report, the 34-year-old suspect, who is facing numerous counts of sexual assault, was chased for two weeks.

He was handcuffed on Thursday Mangaung, thanks to DNA technology. Police said the suspect they arrested from the most-wanted list, even had his very own unique technique to prey on his victims.

Carrying a knife, he attacked them from behind after grabbing their necks. So how old were his targets? His victims are said to be all between the ages of 23 and 24, while there was also one victim who was 43 years of age. Read the full story here.