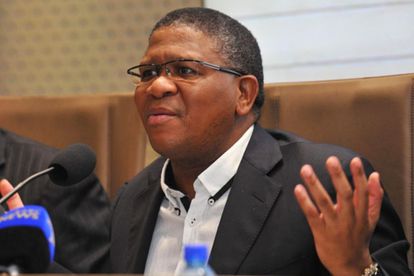 More than half a billion rand is needed to repair two of South Africa’s important national roads. Government is still calculating the total cost of damage caused by the floods that hit KwaZulu-Natal and the Eastern Cape last month.

A big bill for just two roads is straining Government

The N2 and N3 repairs will cost South Africa a massive R542.5 million, according to Minister of Transport Fikile Mbalula. The N2 follows the coastline from Cape Town, nearly reaching Mozambique.

The N3 connects the Johannesburg economic hub to Durban. The insane bill will be funded by the South African National Roads Agency. Reports state that with the flood damage costs still being tallied by Government, this might just be a fraction of what SA needs to recover from the KZN and EC floods.

The deployment of the army to assist impacted regions is expected to cost a whopping R506.4 million. This amount is before adding repairs that are needed for minor roads,  ports, bridges, rail networks and housing.

Government spent a ton of money due to the COVID-19 pandemic and this ballooned with the deadly riots in July last year. The costs are adding strain to an already tight budget.

The July riots killed over 350 people and caused billions of rands in damage, reports BusinessTech. The debt in SA is nearly 70% of GDP and Government is under pressure to curb the budget deficit.

Minister of Public Works Patricia de Lille revealed the high number of requests she’s received for bridges. De Lille says 28 bridges in four districts in KwaZulu-Natal are being requested to be built following the devastating floods in the province.

The floods in the province claimed more than 430 lives. President Cyril Ramaphosa declared a National State of Disaster after the floods. De Lille revealed that th4e requests for the bridges are in addition to 24 bridges that have already been budgeted.

The 24 steel bridges will cost a total of R400 million. The ongoing project aims to swiftly build bridges in rural areas. The aim is to provide safe access for people to schools, clinics and places of work. Read the full story here.