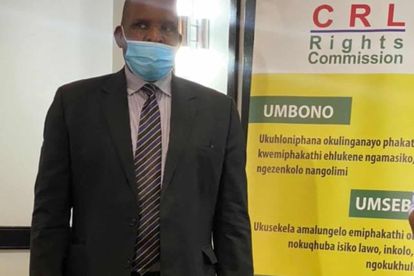 The Commission for the Promotion and Protection of the Rights of Cultural, Religious and Linguistic Communities’ chairperson David Mosoma

The Commission for the Promotion and Protection of the Rights of Cultural, Religious and Linguistic Communities’ chairperson David Mosoma

The Commission for the Promotion and Protection of the Rights of Cultural, Religious and Linguistic Communities’ (CRL) inquiry into shocking allegations of rape and abuse at the KwaSizabantu mission in KwaZulu-Natal (KZN) continued on Wednesday, 07 October 2020. However, things took dramatic turn, which led to the leadership and legal counsel of the church abandoning proceedings.

KwaSizabantu describes its organisation as a non-denominational Christian mission station that reaches out to people of all racial and cultural groups bringing a message of repentance and hope and providing spiritual guidance, educational support and counselling.

The CRL commission began hearing testimonies from a number of alleged victims who stayed at the mission on Monday, 5 October 2020. Many likened it to a cult.

CRL chairperson David Mosoma reportedly gave an interview in which he showed bias.

“You have fundamentally compromised yourself and this whole process. And you know that there is correspondence between us and this commission over the last three [or] four days where we pointed out that just in your letters you pre-judged. This interview is conclusive proof that you set a judge without hearing us,” the mission’s lawyer Keith Matthee said.

Mathee said he was confident his clients would not receive a fair trial. Mosoma has denied being partial, and has refused to recuse himself.

Manfred Stegen, the brother of the church’s founder told the hearings how women were raped and that his own children would often be punished, even though they had done nothing wrong.

At the same time, KZN Premier Sihle Zikalala has applauded the commission’s work.

“The provincial government believes that the CRL, an independent chapter nine institution, is the correct platform to establish the truth behind these serious allegations,” he added.

He said they believed the hearings hearing would allow both parties to present their side of the story before the commission.