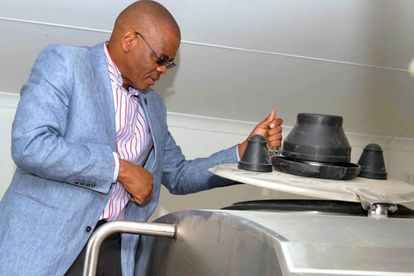 In the last 24 hours, there were reports from IOL that a warrant of arrest was out for African National Congress (ANC) Secretary-General Ace Magashule. The Hawks, however, slammed the rumour stating that there is no impending arrest.

“The Hawks would like to categorically distance itself from the IOL report regarding the so-called impending arrest against Ace Magashule. The DPCI view the report as a malicious intent to undermine the integrity of the organisation.”

While there is no warrant of arrest out for the ANC’s secretary-general, DA Shadow Minister of Justice and Correctional Services Glynnis Breytenbach took the time to explain why there should be.

“Whether Ace Magashule’s arrest is imminent or not, it would appear from evidence from various credible sources that his hands have been in the cookie jar, and it is high time he is held to account for the numerous allegations of misdeeds over the years,” said Breytenbach.

The DA listed the following allegations against Ace Magashule;

‘TIME FOR THE CHICKENS TO COME HOME TO ROOST’ – BREYTENBACH

Breytenbach said that as shocking as the allegations are, it is by no means an “exhaustive list”.

“During his time as Free State Premier, Magashule governed the province as though it was his own personal fiefdom. The DA has long called for Magashule to have his day in court and now is the time for the chickens to come home to roost,” said Breytenbach.

Breytenbach said Magashule is far from the only comrade in the ANC to have engaged in “dodgy dealings”.

“There are many others, like Deputy President David Mabuza, Nomvula Mokonyane, and ANC chairperson Gwede Mantashe who need to face the music as well. The ANC has been a safe haven for crooks and criminals for too long, and there seems to be no end to this in sight under President Cyril Ramaphosa,” added Breytenbach.