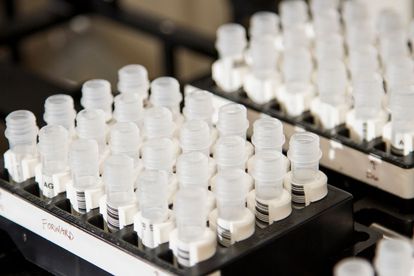 The Krugersdorp gang rape case against 14 alleged illegal miners has been impacted by challenges of the state, say reports.

The Krugersdorp case was postponed due to outstanding DNA evidence

On Wednesday, 28 September, members of the public gathered outside the Krugersdorp Magistrate’s Court to hear what progress had been made in the matter. The matter, however, was postponed due to outstanding DNA evidence.

The 14 alleged illegal miners made a brief appearance in court before the matter was postponed to November. They are accused of raping eight women in July.

The outstanding DNA evidence has once again highlighted backlogs of the country’s forensic service laboratories.

The backlog has reduced from last year to this year

EWN reports that at the beginning of 2021, the backlog status at the forensic laboratories was just over 241 000. In August this year, the number of cases was reduced to more than 90 000.

“We attribute this reduction to better contract management, increased workforce and what we’ve done is also doubling the lab hours and ensuring the procurement of much-needed agents and chemicals for DNA process are acquired in time,” said Temba.

Background: Eight women raped on the set of music video

In July, it was reported that police and other emergency services are still on the scene where the shooting of a music video went terribly wrong. A group of armed thugs stormed the set. The men wearing Basotho blankets and balaclavas allegedly fired several shots in the air while ordering everyone to lay down.

Police spokesperson Brenda Muridili says a production company was shooting a music video on Thursday when they were attacked by a group of armed men. The men allegedly fired several shots in the air and ordered everyone to lay down before raping the women in nearby bushes.

“Eight of the victims were allegedly raped by the suspects before robbing them of their belongings,” says Muridili. Read the full story here.