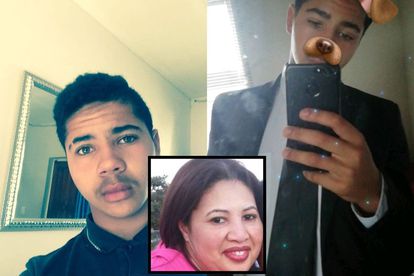 The teenager arrested in connection with the murder of Western Cape Magistrate Romay van Rooyen made a brief first appearance in the Simonstown Magistrate’s Court on Thursday, 29 September.

NEPHEW IN COURT FOR MAGISTRATE’S MURDER

The police ministry revealed that the accused, Cassidy Hartzenberg, is a close relative of the deceased and according to reports he is her nephew.

National Prosecuting Authority (NPA) spokesperson Eric Ntabazalila said Hartzenberg is charged with his aunt’s murder and the theft of her vehicle.

“The case is postponed to 6 October 2022 for further investigation and the accused has been remanded in custody,” he said. The accused is expected to apply for bail at his next appearance.

According to News24, Hartzenberg was one of many mourners who said their goodbyes to the late Magistrate. He was reportedly a pallbearer at her funeral, which was held in Lentegeur, Mitchells Plain on 24 September.

The State alleges that Hartzenberg strangled van Rooyen in her Marina Da Gama home before stealing her car and cash. The amount of money is not known to the State at this stage.

As previously reported, the 18-year-old was arrested by the Hawks on Tuesday, 27 September, in Mitchells Plain, Cape Town. Van Rooyen’s vehicle was found in Highlands Road in the area on 11 September, the day after her body was discovered.

“The case docket was handed to the DPP office on Wednesday, 28 September 2022. The State is satisfied that the accused is linked to the murder,” said Ntabazalila.

The State and Hawks are mulling over the accused’s bail application. At this stage, the teenager’s bail profile is unknown and it would be in the interest of justice to keep him in custody until all relevant information has been obtained so that a decision can be made.

The State said it is hopeful that the matter will be processed through the courts quickly and that the investigation will be wrapped up in the same fashion.

“This matter again brings into focus the elevated levels of gender-based violence and femicide in our country and we would like to applaud the swift action taken by the DPCI in arresting a suspect in this high-profile case which had members of the Justice Cluster concerned for their safety.

“As the NPA we will vigorously prosecute the scourge of gender-based violence and femicide as it encroaches on the right to dignity,” said Ntabazalila.