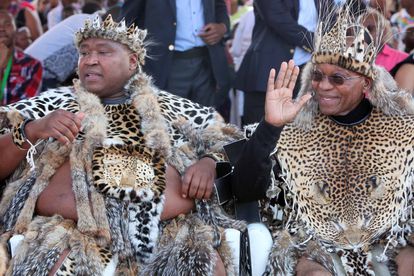 While his uncle braces the hot seat at the Zondo commission, Khulubuse Zuma, one of four former directors of Aurora Empowerment Systems, is back in court to answer to charges levelled against him for allegedly causing environmental damage at Grootvlei gold mine, in Gauteng.

What charges are Khulubuse Zuma and co facing?

Zuma will be accompanied by Zondwa Mandela, the grandson of Nelson Mandela, to Springs Magistrate’s Court to respond to charges laid by the Organisation Undoing Tax Abuse (Outa).

Zuma and Mandela, together with former co-directors, Thulani Ngubane and Raja Zainal Alam Shah, founded Aurora with the intention of taking control of some of Pamodzi gold mines which, ten years ago, were placed under provisional liquidation.

Operating under the guise of being knowledgable and skilled in the maintenance of a mining company, the four directors dug the company into deeper financial trouble, selling off its assets and leaving at least 5 000 workers without salaries.

It is also believed that the three directors, Zuma, Mandela and Ngubane, pursued the business under the impression that a foreign investor was going to inject $100-million in investment.

However, after failing to secure this, Outa believes that the group felt pressured to loot the mines for their personal financial gain.

“Aurora was in charge of Grootvlei gold mine near Springs from 15 October 2009 to 26 May 2011 and, during this time, the mine was looted resulting in uncontrolled pollution of water sources by acid mine drainage (AMD) and human rights violations,” the organisation wrote in May.

After years of legal battles with the co-directors, the workers were finally granted an order to have their salaries repaid by the Aurora executives. The matter at hand, though, has to do with their gross negligence of the environment in their operations at Grootvlei gold mine.

Has Shah been located by the NPA?

The case was postponed in May after the National Prosecuting Authority (NPA) requested more time to locate Shah’s whereabouts.

According to Outa, Shah is crucial to the investigation since it is believed that he “was an executive director based in Malaysia who was supposed to provide $100m in financing”.

This article will be updated with the outcome of the court proceedings once things have been adjourned for the day.