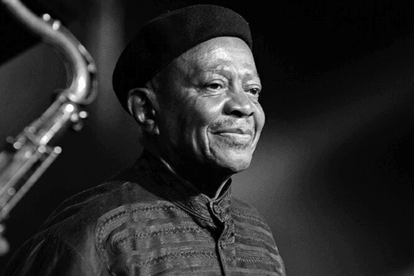 The iconic Jonas Gwangwa has passed away at the age of 83, just days after his wife, Violet Molebatsi Gwangwa, died on 6 January 2021.

Today, 23 January, can aptly be described as the “day the music died” in Africa. Legendary Zimbabwean musician Oliver Mtukudzi passed away on this day in 2019. In 2018, the day also claimed Bra Hugh Masekela.

“A trio of jazz icons. Each unmatched. Each gone on 23 January. Unbelievable. Poetic, too. Thank you for the music and, now, rest in peace, Jonas Gwangwa. Give our love to Bra Hugh and Tuku”.

Jonas Gwangwa: What we know

Following the announcement of Gwangwa’s passing, President Cyril Ramaphosa rather poetically referred to the legend as “a giant of our revolutionary cultural movement and our democratic creative industries”.

He added that Gwanga “ascends to our great orchestra of musical ancestors whose creative genius and dedication to the freedom of all South Africans inspired millions in our country and mobilised the international community against the apartheid system”.

“The trombone that boomed with boldness and bravery, and equally warmed our hearts with mellow melody has lost its life force. […] In our hour of mourning the loss of many precious lives around us, we pray also that the soul of Jonas Gwangwa will rest in peace.”

Tributes soon poured in, with one netizen saying Gwangwa “passed proudly” with a trombone pressed to his lips and heart, tapping the beats of Amandla,” while another added: “Jazz will never be the same without you”.

“He delighted audiences in Sophiatown until it became illegal for black people to congregate and South African musicians were jailed merely for practising their craft. In spite of the restrictions, he established and played with virtually every important band of the era”.

He was so shattered when his brother Bra Hugh passed.
Musically, kgomo di tswile di tshelela. His legacy will live on.
RIP Bra #JonasGwangwa ? pic.twitter.com/yKyd6rybpl

Those who know know. #JonasGwangwa is a musical giant in South Africa and represented us around the globe. Show respect. His music will live on forever. Rest in power, glory and music. Thank you for the music. pic.twitter.com/NoCP4rzPVg

Jonas Mosa Gwangwa was born in Orlando East, Soweto in 1941.

He joined the The Epistles band in the 1950s as a trombonist. After The Epistles disbanded, Gwangwa became a composer and the first Black South African to release an album.

“I remember recording the first LP made by Black people in South Africa with the ‘The Jazz Epistles’ (Jazz in Africa) in 1959 when jazz pianist, John Mehegan toured the country”.

He left South Africa in 1961 and toured abroad with the musical King Kong, after which he spent 15 years in the United States where he enrolled at the Manhattan School of Music. Gwangwa also gained popularity in the US after being featured in the Sound of Africa concert alongside Hugh Masekela.

His score for the movie Cry Freedom was nominated for a Grammy, Bafta and Golden Globe in 1988, and Gwangwa performed the song at the Academy Awards ceremony. That same year, he also performed at the Nelson Mandela 70th Birthday Tribute in Wembley Stadium. Gwangwa returned to South Africa in 1991.

“I have the most humble of reverence and greatest of respect for the men and women that played such a pivotal role in helping spread the musical Amandla in the 1950s. Their discipline as soldiers gave me an opportunity to understand what it takes to defend one’s nation”.

“The priority of teaching ourselves how to be proud of being African through our Cultures is the highest of honour bestowed on creatives”.

He received numerous awards locally as well, such as the South African Music Awards for Jazz, and he composed the theme for South Africa’s Olympic bid in 1997. Gwangwa received the National Order of Ikhamanga in June 2010 for his contribution to music and the struggle for freedom in South Africa.

Gwen Ansell, an Associate of the Gordon Institute for Business Science at University of Pretoria, writes that Gwangwa’s “playing contributed to every genre of South African jazz”, and added:

“Overseas, he was hailed as player, producer and composer. Yet he chose to step away from mainstream success for ten years, leading the Amandla Cultural Ensemble of the African National Congress (ANC) to win hearts for the anti-apartheid struggle everywhere and present a vision of what post-apartheid national culture could be”.