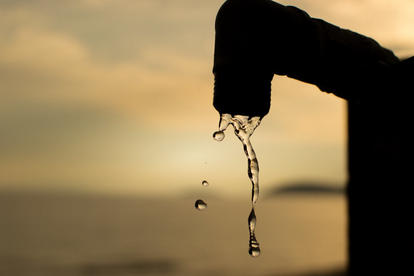 The South African water supplier issued a statement on Monday 8 November. The note included a schedule of when to expect the outages, Eskom-style.

Rand Water said the issue has come as a result of B11 and B19 pipelines. The company said the B19 in particular, is a Pipeline Augmentation Project and is the final leg of this programme that will increase the volumes of the B19 pipeline and therefore ensure sustainable supply of water to the consumers.

“Rand Water has provided the affected municipal customers with a 21-days notification of the scheduled shutdown to allow them to execute their appropriate contingency plans. Therefore, municipalities should communicate to their affected customers.”

CITY AREAS TO BE AFFECTED

An added statement revealed that the looming outage will affect the city for 54 hours, with a majority of the city’s suburbs set to feel the hardship.

“Water supply reduction will result in poor to no water supply during peak water demand periods in most high lying and high demand areas. Stationary and roaming water tankers will be made available where feasible to reduce the impact to consumers.”

Suburbs to be affected:

Meanwhile, Johannesburg residents will be hoping the water shutdown will not continue rolling beyond Wednesday.