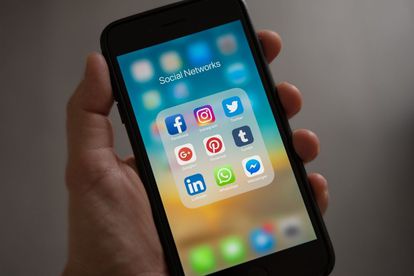 Police have launched a manhunt for four men who scammed desperate job seekers, kidnapped, robbed and reportedly forced one victim to rape another.

Three job seekers were lured to a non-existent job in Tzaneen via social media.

According to police spokesperson Brigadier Motlafela Mojapelo, the trio were kidnapped, robbed and extorted.

“The three victims, a 27-year-old man and two women (aged 21 and 33) boarded taxis from Jane Furse, Groblersdal and Thohoyandou. This was after they responded to a Facebook advert and received instructions via WhatsApp to go to a specific area in that town,”

Four men met with the seekers at a filling station.

Furthermore, the suspects and the victims took a taxi towards Bolobedu, but they were dropped off near a secluded bushy area.

“Here they were reportedly robbed of their cellphones, money and clothes after they were ordered to strip naked. The suspects took photos of the nude victims and sent them to family members of one of the victims, to demand money for their release,” .

He said the suspects reportedly ordered the man to rape one of the women.

A motorist found the trio hitchhiking along the road, then took them to the Tzaneen Police Station on Sunday, May 29.

The police opened cases of kidnapping, rape and robbery.

Meanwhile, Brigadier Mojapelo has urged residents to provide the police with any information that can lead to the arrest of the suspects.

Members of the Provincial Task Team and the Tzaneen Tracking team have launched a manhunt for the perpetrators.

Provincial police commissioner Lieutenant-General Thembi Hadebe has since warned residents to be extra careful when seeking employment. She said they should be wary of advertisements on social media platforms.

Anyone who has information can contact Lieutenant Colonel Tshinyadzo Ndou on 082 807 2666. Alternatively, they can contact the Crime Stop number on 08600 10111 or their nearest police station.