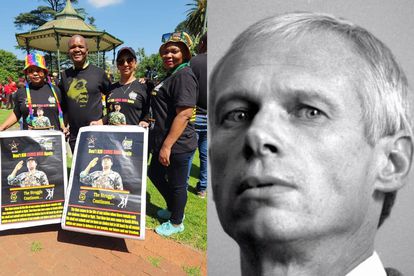 Janusz Walus, the killer of anti-Apartheid fighter Chris Hani, could’ve been a free man today, 1 December after he was granted parole by the Constitutional Court.

However, those plans had to be halted after Walus was stabbed by an inmate in the same housing unit at Kgosi Mampuru II Correctional Centre in Pretoria on Tuesday, 29 November.

Chrispin Phiri, the spokesperson for the Ministry of Justice and Correctional Services, provided a brief update on the Walus’ prison exit.

“Brief Update on Janusz Walus Parole. By agreement between his legal representatives and the state attorney, the matter of Mr Walus’ parole will only be finalized after having received the necessary medical clearance from the medical team.”

A leaked voice note apparently recorded by a prisoner in Kgosi Mampuru Correctional Services suggests that Walus was stabbed by an Umkhonto Wesizwe (MK) veteran currently behind bars. The voice note also indicates that the MK prisoner was aiming to end his life as he stabbed him close to the heart.

Nevertheless, the last update on Walus’ condition was that he is stable and Department of Correctional Services healthcare officials are providing the necessary care.

Amid unconfirmed reports of his release today, various political parties including the ANC and EFF staged protests outside the prison facility and the N1 to demonstrate against the court decision to release Walus in jail.

His parole condition grants him permanent residency in South Africa in order to complete his full prison term before opting to leave the country.