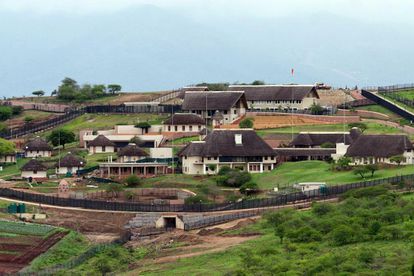 In a three-hour press conference to make public her findings on the expensive security upgrades to Jacob Zuma’s private homestead at Nkandla , the soft-spoken Public Protector, Thuli Madonsela, meticulously gave a detailed account of how government officials gave scant regard to the spending of public funds.

Explaining why the report had been long in coming, Madonsela told a room full of journalists that every step of the way she and her team had met with obfuscation from officials involved in the project, while lawyers close to the presidency were throwing spanners in the wheel at every opportunity too.

The head of the ombudsman whose organisation compiled its epic report into whether public money had funded the upgrades also said  that its findings had taken as long as five years as a result of having to ‘secure and analyse a voluminous amount of documents.’

Whereas the original quote for the security instalments to Nkandla was R27 million, the Public Protector said the inclusion of components such as a visitor centre, cattle kraal, chicken run, swimming pool and amphitheatre explained why costs had sky-rocketed to R246 million, almost 1 000% of the original cost.

This excessively inflated cost of making Nkandla secure explains why one of the four remedial actions Madonsela demanded in her damning report today is that President Jacob Zuma takes steps to meet with the treasury and the police and pay back a reasonable percentage of the amount used to spruce up his private residence.

The other three actions that The Public Protector recommended is that the cost of the amphitheatre and swimming pool especially be refunded, that President Zuma should reprimand his ministers involved in the appalling waste and abuse of public funds, and that crucially, he, Zuma, should respond to the Ombudsman’s findings within 14 days.

Getting his excuses in first, shortly before the release of the Public Protector’s report, ANC Secretary General Gwede Manatashe said releasing the report close to the May elections was tantamount to a witch-hunt. President Jacob Zuma is already on record as saying he wouldn’t resign over the affairs.

But if Zuma thinks this a problem that will simply go away, the Democratic Alliance; lately a constant thorn in his flesh, sensing an opportunity, are already baying for his blood. This afternoon, Lindiwe Mazibuko, the party’s parliamentary leader said, “Considering these very damning findings, I will be submitting a formal request to the Speaker of the National Assembly to recall the Parliament as a matter of urgency to initiate impeachment proceedings.”

Clearly, this report huge potential of further damaging President Zuma’s standing in the eyes of his fellow compatriots, if not at the polls.