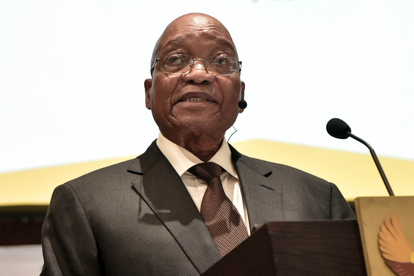 Jacob Zuma’s allies are far from impressed with the recent court ruling demanding his return to incarceration. Certainly, the former president’s supporters have their hands full after his medical parole was slammed as unlawful.

Now, an excerpt from the ruling has caught their attention and prompted an outcry from their corner of the ring.

Carl Niehaus, a vocal supporter of Msholozi, has voiced his displeasure over his own name being dropped in the judgement.

Zuma ‘enjoyed’ himself during parole

Certianly, the section in question definitely doesn’t soften any blows. In fact, it details how Zuma enjoyed his time on medical parole.

“The Commissioner’s unlawful intervention has resulted in the Third Respondent enjoying nearly three months of his sentence sitting at home in Nkandla, not serving his sentence in any meaningful sense.”

However, the excerpt that riled Niehaus discusses a totally different type of gambling. Indeed, the judgement makes mention of Zuma enjoying a frolick at a casino with his ANC companions.

“The DA, in support of their review application, refers to a Sunday Times article of 17 October 2021 reporting that the Third Respondent met with his political allies Carl Niehaus ( a former staffer at Luthuli house) and Dudu Myeni ( the former chair of SAA) at the Sibaya Casino on the 15 October 2021.”

“As determined by the Board the Third Respondent is not terminally ill or severly incapacitated and seems to be living a normal life.”

Consequently, Niehaus isn’t impressed with what he described as ‘gossip’ about his comrades.

“Judge Matojane relied on Sunday Times gossip about comrade Dudu Myeni and myself, as part of an entirely irrelevant reference that does not prove any contravention of the medical parole conditions.”