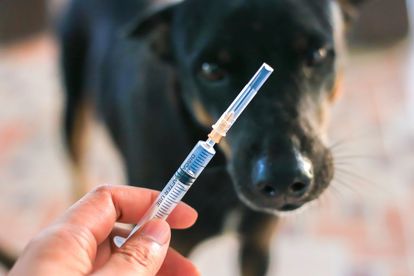 South Africa has recorded a spike in rabies cases in recent months. Image via: Adobe Stock

South Africa has recorded a spike in rabies cases in recent months. Image via: Adobe Stock

Western Cape residents can rest easy knowing that their pets are safe. Last week, there were two confirmed cases of rabies in Khayelitsha which was very concerning, however, since then, there have been no further cases reported, the Western Cape Government said on Tuesday.

Spokesperson for Minister Ivan Meyer, Daniel Johnson, said people and animals in contact with the original two cases were traced and appropriate follow-up actions were taken, such as vaccinations and medical treatment.

“Veterinary Services officials and animal welfare organisations have been going door-to-door throughout last week to vaccinate all dogs and cats within a 1km radius of the confirmed cases. So far, we have vaccinated over 900 dogs and ten cats,” said Johnson.

Pet owners who were not home at the time of the official visit and who still need their pets to be vaccinated should call the office of the State Veterinarian on 021-808-5253 or visit the nearest animal welfare clinic to arrange vaccination.

SIGNS OF THE VIRAL DISEASE…

“In up to 99% of cases, domestic dogs are responsible for rabies virus transmission to humans. Yet, rabies can affect both domestic and wild animals. It is spread to people and animals through bites or scratches, usually via saliva,” it said.

According to the Western Cape Government, signs of rabies include sudden changes in behaviour (including aggression, confusion or anxiety), weakness, drooling, difficulty swallowing, staggering, seizures, muscle spasms, and paralysis.

These symptoms worsen over time, and death occurs within two to 10 days.

The public is also encouraged to report any signs of rabies to their nearest vet, animal welfare clinic or the State Vet office at 021-808-5253.