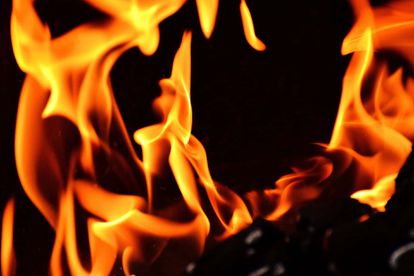 An elderly couple belonging to the Inkatha Freedom Party (IFP) were burnt beyond recognition on Saturday night 18 July after their house was ravaged by fire.

Joyce Mthalane, who became the first woman to serve as a member of the KwaZulu-Natal legislature in 1994 and her husband Baldwin died at their Ngwelezane home near Mpangeni, northern KZN.

IFP ‘SHATTERED’ BY THE PASSING OF ITS TWO MEMBERS

Their party, the IFP, said it was “shattered” by the news of their passing.

In a statement, the IFP said according to preliminary investigation:

“It is believed that the lovebirds’ home was gutted by a fire last night (Saturday). At their time of death, they were both involved in a sugarcane-growing business and owned a retail shop at Embabe in the KwaMthethwa area.”

CAUSE OF FIRE UNKNOWN

It was, however, unclear what triggered the fire. Blessed Gwala, IFP’s national chairperson said: “Mthalane, who is a former Matron at Ngwelezane Hospital, made history as she was registered as the first woman in the history of South Africa to serve in the Cabinet of the erstwhile KwaZulu Government, under the leadership of Chief Minister – now IFP President Emeritus – His Excellency Prince Mangosuthu Buthelezi.”

Gwala the couple’s belongings including Identity documents were burnt to ashes.

“That’s why it’s difficult for us to give you their exact ages but what we do know is that they were well over 80 years of age,” Gwala told The South African.

“The IFP conveys its condolences to the family, the entire IFP family, the President Emeritus, and the IFP President, Honourable Velenkosini Hlabisa. The IFP prides itself on identifying, moulding and recognising Dr Mthalane’s capabilities, and those of other women in government,” added Gwala.

He said this served as testimony the IFP had always believed in the ability of visionary women leaders.

Police spokesperson Colonel Thembeka Mbhele confirmed the incident, but said the cause of fire was still unknown yet.