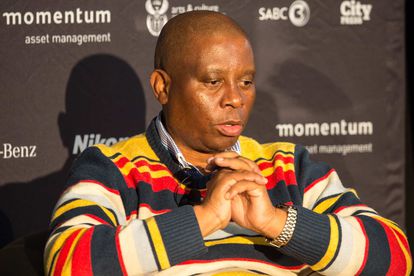 This comes after another political organisation, Party of Action (POA), had accused the party’s founder, Herman Mashaba, of stealing its and appropriating its logo.

The IEC said the decision was based on a perceived similarity with the party.

Action SA had applied to the IEC to register earlier in September 2020. It was launched in August and features several former Democratic Alliance (DA) members who jumped ship and joined Mashaba.

Mashaba’s party has no plans on taking the matter lying down and will be writing to the IEC, to appeal the decision. It has instead laid blame at POA, saying it changed its name on social media platforms the day after Action SA’s launch.

“We regard the IEC to have acted irrationally in their decision. We submit that our identifying features remain sufficiently different from the Party of Action (POA), a political party that has never contested elections before despite registering. As a matter of fact, POA changed their name on social media platforms the day after the launch of ActionSA to Party of Action SA – seemingly to make their case for similarity,” it said in a statement.

“We note that no such exercise in IEC authority was demonstrated when the African Independent Congress was allowed to register despite its far greater similarities to the ANC, as well as many other cases that we will include in our appeal”

Action SA said it has instructed its legal teams to file an appeal and, if necessary, proceed to court in order to defend its legitimate registration.

“Our logo is derived from The People’s Dialogue, a process in which millions of South Africans legitimised the formation of ActionSA. We have filed a trademark application with the Registrar of Trademarks and we will defend the identity of ActionSA without hesitation,” the party said.

POA, which has approximately 100 000 members, intends contesting in the local elections next year.

“It was very perplexing when I realised that he has stolen our name and our party logo,” POA president Billy Nyaku said to eNCA.

“The IEC says Mashaba has not submitted distinguishing symbol of party and name,” Nyaku said at the time.