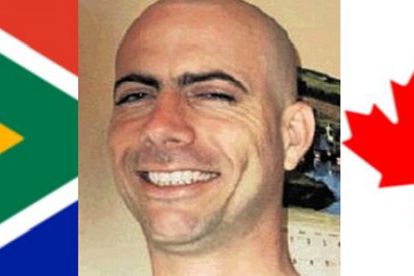 Brandon Huntley’s strange asylum case may finally be near its end, as the asylum seeker and circus employee lost yet another appeal in court.

The Canadian Immigration and Refugee Board refused to grant Huntley refugee status earlier this year, but after appealing the decision in court Huntley ran into a further impasse when the Canadian Federal Court decided to uphold the decision earlier this week. Huntley is now expected to leave the country within 30 days, and a removal order for Huntley to exit the country has been issued accordingly.

However, the South African still holds various appeals before the final word on the matter is spoken. The country’s Federal Court of Appeals and the Canadian Supreme Court can still weigh in on the matter – if Huntley decides to take his case to the next level before he would ultimately run out of all possible appeals. With those options on the table, it is unclear how much longer the case might drag on; however, if Huntley should decide to lodge a new appeal, he will have to outstay his 30-day removal order under the full protection of the Canadian law.

Huntley, who moved to Canada on a temporary work permit in 2004, applied for asylum seeker status back in 2008, saying that white South Africans were “targeted, attacked and killed because of their skin colour” and adding that he could not trust South Africa’s laws to protect him.

But the presiding judge in Huntley’s case, Judge Catherine Kane, explained her ruling within the context of Canadian immigration law: according to the law, Huntley would have to prove that he wasn’t protected in his home country so asylum could potentially be granted. Judge Kane stated that Huntley did not manage to provide sufficient proof that South Africa could not protect his human rights.

“Persecuted individuals are required to first approach their home state for protection and to exhaust all efforts that are reasonable in the circumstances before seeking refugee protection in other countries.”

However, Huntley believes that he has made his case and proven that he cannot feel safe in South Africa. In his original application in 2008, Huntley asserted unfair treatment in South Africa, citing several examples including instances of hijackings, racial slurs, hate speech, as well as a number of personal grievances, which he found he had suffered on account of the colour of his skin.

However, never having lodged any police reports for any crimes possibly committed against him, Huntley did not manage to prove he truly would face any danger, leading several judicial reviews to find his request for refugee status unreasonable.

To give him the benefit of the doubt, Huntley’s case was presented before a new panel last year in order to gauge whether the initial rejection of his application was merited. But the last panel also rejected Huntley’s application for asylum, leaving it to the courts to have the final say.

Having attracted a fair amount of media attention both in Canada and in South Africa, Brandon Huntley has also added fear of reprisal to his list of reasons why he should be granted asylum, saying that he believes he “would be flagged at the airport upon arrival.”

The South African government in the meantime maintains that Huntley’s claims only tarnish SA’s reputation. SA Home Affairs spokesman Ronnie Mamoepa clarified the government’s position on Huntley’s ongoing application for asylum in Canada back in 2010 already:

“We are looking forward to his deportation to South Africa, where he will forever suffer the indignity of his false claims.”