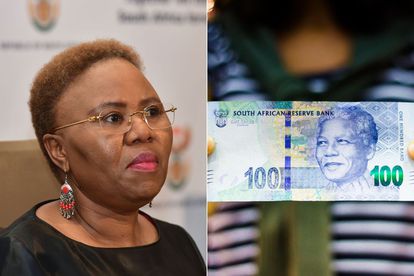 Department prioritises those in need

The Department is aiming to prioritise those who need the grant the most. The new cycle of R350 grant payments will be made from mid-June to those who reapplied for the SRD grant. The grant was moved to the Social Assistance Act after the end of the National State of Disaster.

Just 10.5 million people will get the grant

Due to the new budget, Minister Zulu explained that R350 will go to only 10.5 million people until the end of March 2023. This may come as a shock to many as 18.3 million South Africans are below the food poverty line.

Zulu mentioned that parts of the regulations had to be strengthened in order to prevent fraud and deter those who are not intended to be beneficiaries to access the grant.

“The department will thus be providing the R350 grant to less people in the third iteration than what it did in the second iteration,”

Who is eligible for the R350 SRD grant?

Deputy Director-General of the Social Development Department Brenda Sibeko revealed that a ‘proxy-means test’ would need to be conducted for applications. This means that anyone who earns R350 or more a month will be disqualified.

Previously, applicants who earned R595 could qualify – this was inclusive of those receiving child support grants. The criteria read:

The Director-General explained that approved applicants are not required to reapply for the grant monthly. She did, however, state that monthly checks will be conducted to find out if applicants still qualify for the grant.

Minister Zulu stated that they were using data and digital infrastructure to process applications and verifications. Zulu explained that the system is in place and that is why they have requested that beneficiaries reapply for the grant, reports TimesLIVE.