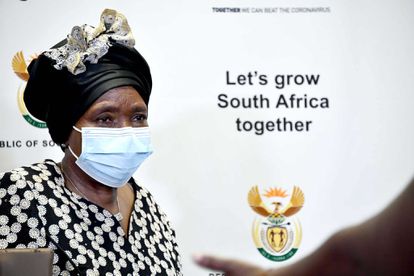 Nkosazana Dlamini-Zuma has flexed her administrative might as the COGTA Minister, by officially extending the State of Disaster laws in South Africa. The publication, issued on Wednesday evening, was essentially a formality after President Ramaphosa confirmed that Level 3 lockdown laws would remain in place ‘for the foreseeable future’.

What are the new Level 3 rules?

However, the rules have come under intense scrutiny since they were tweaked on Monday – and as per lockdown tradition, Dlamini-Zuma has found herself bearing the brunt of the criticism. The ANC veteran was slammed by party colleague Derek Hanekom earlier this week, after she took responsibility for ‘redefining the meaning of a beach’.

The change NDZ made to the legislation expands what is classed as a beach, and therefore, anything within 100 metres of the high water level – whether it is a coastal path, a restaurant, or a shop – would be deemed off-limits in hot-spot areas. Other amendments include shorter curfew hours, and all ATMs must be equipped with hand sanitiser.

How long will the State of Disaster be in place?

A total of 20 land borders have been closed down, and funeral services have been given a two-hour time limit. With the State of Disaster laws now in place until Monday 15 February 2021, these new regulations will remain for another four weeks and four days – not that anyone’s counting, of course: We may be under Level 3 restrictions for the long haul.

“I, the Minister of Cooperative Governance and Traditional Affairs, as designated under section 3 of the Disaster Management Act, in terms of section 27(5)(c) of the Act, hereby further extend the national State of Disaster that I previously extended to 15 January 2021 in Government Notice 1341.”

“The State of Disaster will [now be in place] up to 15 February 2021, taking into account the need to continue augmenting the existing legislation and contingency arrangements undertaken by organs of state to address the impact of the disaster.”