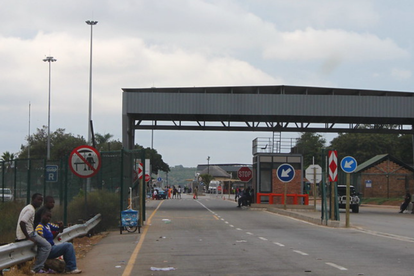 According to the report, local Hawks initially arrested three suspects from the department last Friday, before three more of their colleagues were nabbed last Sunday.

Police acted on a tip-off that claimed Home Affairs officials were involved in illegal handouts of national documents at the Lebombo border that connects Mzansi and Mozambique.

“It is alleged that information was received from crime intelligence regarding the allegation of fraud and corruption by immigration officials attached to Lebombo port of entry, that they were issuing temporary residence permits, working permits and also stamping passports to extend the stay of the illegal immigrants who are coming from Mozambique, Swaziland, Zimbabwe, and Malawi,” said Hawks spokesperson Captain Dineo Lucy Sekgotodi said via IOL.

“It is further alleged that an immigrant can send an individual with their passports and bribe money to the immigration officials at Lebombo port of entry for stamping.”

Following an intelligence probe and analysis, the Hawks secured a warrant of arrest before surprising the suspects with a couple of handcuffs while at work, and with Home Affairs Minister Aaron Motsoaledi in tow.

“Information was gathered, and investigation linked the suspects to the crime. A warrant of arrest was obtained and executed on Friday 12, November 2021, whereby the (three) officials were arrested while on duty in the presence of the minister (Motsoaledi) and their colleagues.

“The six are detained at Komartipoort police cells pending their court appearance on Monday,” said Sekgotodi.

The report added that two other immigration officials are still consulting their lawyers before handing themselves over to police custody on Monday. This will therefore push the number of suspects to eight.