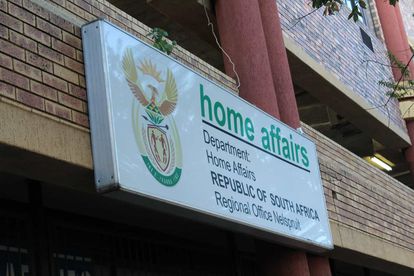 Home Affairs Inspectorate officials, supported by SAPS, the City of Cape Town, Departments of Social Development and Health and other law enforcement agencies, are currently performing an operation at the temporary facility called Paint City in Bellville, Cape Town.

The temporary facility was set up on 2 April 2020 for protesting asylum seekers and refugees in Cape Town in compliance with the Disaster Management Act.

Verifying the status of foreign nationals

The officials accompanied by law enforcement officials are there to ensure the successful execution of the functions of the Standing Committee for Refugee Affairs (SCRA) and the Refugee Appeals Authority (RAA).

They are also there to identify and verify, in terms of the Refugees Act and Immigration Act, the status of foreign nationals who moved into the temporary facility on and after 2 April 2020.

In February and March 2020, the department conducted an operation in terms of a Court Order to identify and verify all the foreign nationals who were protesting in Green Market Square.

Since the country moved to Alert Level 1 of the Lockdown, officials of the SCRA and RAA have been able to process and finalise the appeals of the affected asylum seekers.

The officials returned to Paint City on Thursday after the protesting asylum seekers and refugees refused to cooperate with them on 22 October 2020.

The SCRA and the RAA have already concluded their work in the other temporary facility called Wingfield in Maitland, Cape Town. The Department of Home Affairs said in a statement.

“The department will communicate the outcome of this operation after all processes have been concluded”.