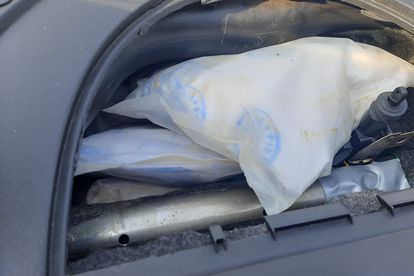 Members of the Hawks’ Durban Serious Organised Crime Unit and South African Police Service (SAPS) Crime Intelligence arrested a man for dealing drugs on Tuesday, 14 September. The 58-year-old suspect was found in possession of heroin powder worth more than one million rands.

According to Hawks spokesperson Captain Simphiwe Mhlongo, an intelligence-driven operation was conducted at the Marianhill Toll Plaza in KwaZulu-Natal after authorities were tipped off about an individual that was transporting drugs from Johannesburg to Durban.

“Members spotted the said vehicle and it was intercepted,” said Mhlogo. Upon searching the vehicle, authorities discovered ten packs of heroin powder, that has a street value of approximately R1.8 million, hidden in the car’s dashboard.

The suspect, Nadaragen Chetty, was arrested and charged with dealing in drugs, according to the Hawks spokesperson. The suspect made his first appearance before the Pinetown Magistrate’s Court on Wednesday, 15 September and was remanded in custody.

“His case was postponed to 22 September 2021 for bail application,” said Mhlongo.

In an unrelated matter, a 44-year-old man was arrested for allegedly dealing in dagga on Wednesday. Mpumalanga police spokesperson Brigadier Selvy Mohlala said the suspect was caught with dagga with an estimated street value of R252 000 at Mzinti near Tonga.

“It is reported that police at Tonga were busy patrolling around the area when they spotted a suspicious VW Polo. The members stopped the vehicle and upon searching, 110 bags of compressed dagga weighing about 168 kg were found inside,” said the police spokesperson.

The suspect is expected to appear before the Nkomazi Magistrate’s Court on Thursday, 16 September on charges of dealing in dagga.