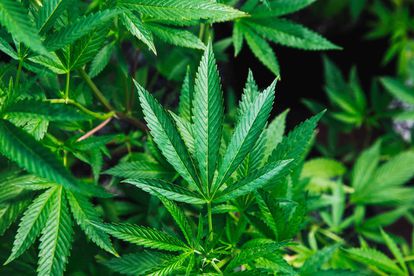 Happy 420 day! Has a neighbour or stranger randomly high-fived you and wished you a good 420 day? Well, if that happened to you today, don’t be alarmed.

Every year on 20 April, Americans acknowledge the date to celebrate smoking marijuana. It’s an annual event observed not only to celebrate the use of the herb worldwide but it’s also part of a campaign to legalise the use of cannabis all over the world.

Meanwhile, 420 day activists will be happy to know that a dagga farmer in Lesotho, has been approved as the first manufacturer in Africa to export the medicinal cannabis flower “as an active pharmaceutical ingredient (API) to the European Union”.

MG Health reportedly believes its cannabis flower is of “superior quality” due to the altitude at which it is grown, and the nutrient-rich water obtained from the nearby Senqunyane River.

According to Business Insider, the 5 000 sqm greenhouse is fitted with internal climate, temperature, humidity and lighting controls, houses plants which are dried and trimmed to produce 250kg of medical-grade cannabis flower every month.

The Mountain Kingdom was reportedly one of the first countries in southern Africa to legalise the cultivation and use of medical cannabis in 2008.

According to Business Insider, the GMP approval was officially granted at the end of March 2021 and is expected to turn the cannabis start-up into a profitable industry player by September. The first exports are expected to go directly to Germany which has the highest usage of medicinal cannabis in Europe.

Luke van der Nest told Business Insider that they are keeping a close watch on South Africa in the hopes that regulations would ease.

“We’ve got a great relationship with the regulators here, do a lot for the local community and look to grow the business here. So, at the moment, we’re fully focused on Lesotho. We obviously watch South Africa very closely and we hope to see regulations, in terms of medical prescriptions, ease so we can start to service patients throughout the continent.”

READ: Dagga is now legal in South Africa for private use, rules ConCourt