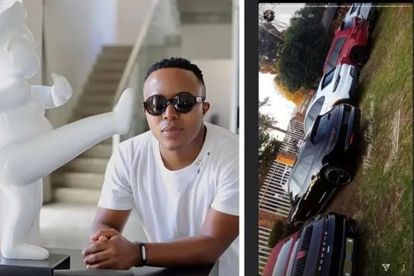 The Special Tribunal ruled that Ndlovu should pay back R158 million. It also urged National Health Laboratory Service (NHLS) to put Ndlovu, and associated companies, their directors and shareholders, on the database of restricted suppliers.

The PPE tenders, worth an estimated R172 million, awarded by the National Health Laboratory Service (NHLS) to Ndlovu and associated companies were declared invalid and unlawful by the Special Tribunal.

The SIU said its investigation revealed that about R15 million of the R172 million appeared to have been used to service the PPE contracts. The vast majority of the funds flowed to Ndlovu for his own use.

The SIU reportedly started investigating the businessman in August 2020 when a R72 million PPE tender was awarded to Ndlovu and Feliham Trading, a company owned by his fiancé.

The ruling saw Ndlovu top social media trends list with some circulating his 2020 video where he was flashing his pricey fleet.

“When that Hamilton Ndlovu guy was splurging many millions during lockdown buying supercars, we said this is stolen money people wanted to break our necks saying we jealous, normal people respect their hard earned money. Look now, guy has to pay back more than 150 million,” @FMehluli tweeted.

“But this Hamilton Ndlovu guy is not even close to becoming a business man – or an entrepreneur – his a classical tenderpreneur. I’m almost certain he doesn’t have a firm to manufacture anything. He’s strength is his proximity to both power and authority,” @thabomoetji also tweeted.