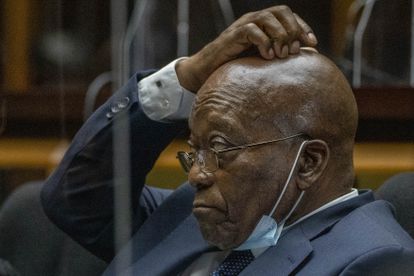 The National Prosecuting Authority (NPA) has opted against prosecuting Advocate Billy Downer – as it reckons there is no case to be made against him. Former president Jacob Zuma laid a criminal charge against Downer, who is the prosecutor in his arms deal trial, last year, for allegedly leaking his medical records.

Zuma has previously tried to have him removed from the case but failed.

WHAT IS NEXT FOR JACOB ZUMA?

Former president Jacob Zuma now has three months to pursue private prosecution against Billy Downer, if he wishes. In the meantime, the NPA says the arms deal trial will resume on 15 August.

All this comes a month after the Supreme Court of Appeal Judge President Mandisa Maya dismissed Zuma’s bid to have Downer removed.

The High Court in Pietermaritzburg had previously dismissed Zuma’s application for leave to appeal its decision that Downer stay on the matter. Zuma’s legal team had wanted Downer removed from his corruption trial, arguing prosecutorial misconduct. They claim there have been at least a dozen instances where Downer has acted unethically as a prosecutor.

As if that isn’t enough, the former president faces another battle. The appeal bid against the decision to grant him medical parole will be heard in August

Former national commissioner of Correctional Services, Arthur Fraser released Zuma from the Estcourt Correctional Facility in KwaZulu-Natal last year. Zuma had been sentenced to 15 months behind bars for being in contempt of Constitutional Court. This is after Zuma had refused to abide by a decision made by the same court.