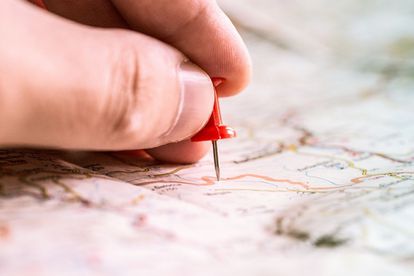 South Africa is free of the Beta Covid variant, according to official data, which indicates that there has been no
measurable level of Beta genomes sequenced for at least two weeks in the country.

The South African Tourism Services Association (SATSA) recently said the Beta variant, which was first identified in South Africa in December 2020, has not gained any meaningful presence outside the country owing to its low transmissibility and the effectiveness of vaccines against it.

ALSO READ: Opinion: Why the UK must REMOVE South Africa from its travel ‘red list’

SATSA is the representative organisation for 1,350 businesses dependant on the inbound tourism sector in South
Africa.

“Of the four major variants of concern identified by the World Health Organisation, Beta has the lowest transmissibility
advantage (25%) over the ancestral Covid variant that originated in China.

“By comparison, the Delta variant is 95% more transmissible, and now accounts for over 96% of all genomes sequenced in South Africa in the latest data issued by the National Institute of Clinical Diseases (NICD).”

It said early small-scale studies of the Beta variant indicated a potential vaccine evasion risk, but these fears have been
disproved in larger real-world research.

“These fears have been disproved in larger real-world research such as that released by the Canadian Immunization Network in July 2021, which revealed that a single dose of the Oxford AstraZeneca vaccine conferred an 82% protection against severe disease and death from Beta.”

SATSA furthermore said protection was estimated to rise to 95% on delivery of a second dose, comparable to all the major vaccines deployed in the US and Europe.

“AstraZeneca endorsed the research announcing that its vaccine provided “good to excellent protection” against the Beta variant.”

Meanwhile, most European countries have now removed travel restrictions for South Africa for fully vaccinated travellers and regular flights to Johannesburg and Cape Town have been re-established. This comes after the rapid decline in SA of its overall infection rates since July and the dominance of the Delta variant.

Despite this the UK remains a notable exception, with visitors from South Africa obligated to stay in a government-appointed hotel where they must quarantine for ten days at their own cost.

“South Africa’s infection rate is now tracking at a sixth of the UK’s and below key destinations on the UK’s amber
travel list, such as the US, France, Germany and Greece.

“The only variant of concern circulating in South Africa is Delta – the same as the UK, and we have the best testing and sequencing capabilities on the African continent,” said David Frost, the South African Tourism Services Association (SATSA) CEO.

He said there is no scientific basis on which the UK can continue to maintain its travel ban on South Africa, and on
behalf of the 1.5 million people who rely on the South African tourism sector for work.

“We are now calling for an urgent review of the available data by UK authorities.”

Emile Stipp, Chief Health Actuary for Discovery Limited, South Africa’s leading medical insurance provider, said:
“Beta has effectively disappeared in South Africa, and with an estimated 70-80% of South Africans already exposed
to the virus, the accelerating vaccine programme will only build on what is now a formidable level of community
protection against the Delta variant now currently in circulation.”