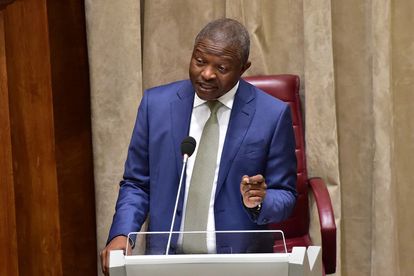 Mabuza said this when he opened the first inter-ministerial committee meeting of the SA National Aids Council (SANAC) at Tuynhuys in Cape Town.

Implementing the plan to combat HIV and TB

The inter-ministerial committee on SANAC, among other things, was established to provide a strategic framework for the implementation of the National Strategic Plan for HIV, TB, and STIs 2017-2022.

Addressing the meeting on Friday, Mabuza said the National Strategic Plan must continue to guide the implementation of the country’s multi-sectoral response to the epidemic.

“Therefore, our collective response to these challenges must entail very focused interventions, including targeted plans and campaigns that we are going to embark upon in this sixth democratic administration.

“Our efforts must triumph over the challenges brought by HIV, Aids, STIs, and TB on the health of our nation. In this regard, we will not fail,” he said.

According to the UNAIDS 2019 Global AIDS Report, South Africa bears the highest burden of HIV globally, wherein 7.9 million people are living with HIV, of which 4.4 million are on antiretroviral treatment.

While adolescent girls and young women remain disproportionately affected by HIV, South Africa is among the 30 countries of the world with the highest-burden of TB.

“This meeting must discuss and provide a clear direction …we intend to take in addressing some of the challenges noted for instance in the UNAIDS 2019 Global AIDS Report that we officially launched in Eshowe, KwaZulu-Natal on 16 July 2019,” he said.

The Deputy President said, meanwhile, that the UNAIDS 2019 Global AIDS Report identified the rural community of Eshowe as having managed to exceed the United Nations (UN) 90-90-90 targets before the year 2020.

The 90-90-90 concept, which was introduced by the United Nations programme for HIV/ AIDS, envisions that by the year 2020, 90% of all people who are infected with HIV will be diagnosed, and that 90% of those that are diagnosed will be on antiretroviral treatment and that out of these, 90% will be virally suppressed.

He called for SA communities to emulate Eshowe and for the SANAC collective to redouble its efforts at bringing down the curtain on HIV, Aids, and TB.

“We once again congratulate the community of Eshowe, especially the community and health workers and all our stakeholders for collaborating and working together to fight the epidemic,” he said.