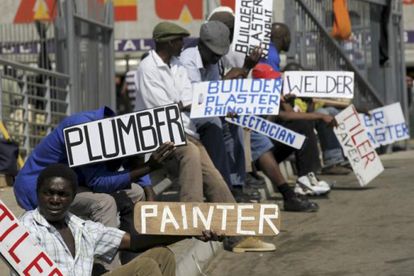 According to figures accumulated on wazimap.co.za, Cape Town trails the twin towns of the North West by 1.7% and 2.9% respectively, with 49.7% of Mother City residents currently in employment.

The data looks at one major city in each province – we couldn’t just leave Joburg or Pretoria out – and comprehensively highlights where the employment opportunities are.

All three cities are above the national average of 38.87% who are considered ’employees’. The figures don’t account for the self-employed or those without a a centralised employer, and list those who are ‘disencouraged work seekers’ and ‘not economically active’ as unemployed.

Polokwane (35.8%) and Nelspruit (33.7%) are the worst performing cities, and are two of four cities that fall below the country’s average rates of employment. The other two are Port Elizabeth (36.8%) Kimberley (38.4%)

What provinces are best for employment?

We also had a look at the data for each province in Mzansi, to map out the best performing areas. Though the Western Cape followed suit and places second-highest on this list, it was actually one of only two provinces that out-muscled it’s biggest Municipality.

Although Cape Town has relatively respectable employment rates, the rest of the WC fares a little better. 0.36% more people are employed throughout The Cape rather than the city itself.

Nelspruit was also bettered by it’s province, as Mpumalanga recorded employment rates of 37.45%, outdoing its provincial capital by almost 4%

Read: WC and Gauteng told to ‘brace for an influx of migrants’ from other provinces

Despite being home to Port Elizabeth and East London, the Eastern Cape only has a quarter of it’s people in employment. It has already been predicted that the Western Cape and Gauteng will see an influx of migrants from poorer provinces.

Whilst job creation continues to falter, it’s a problem that may well get worse before it gets any better.