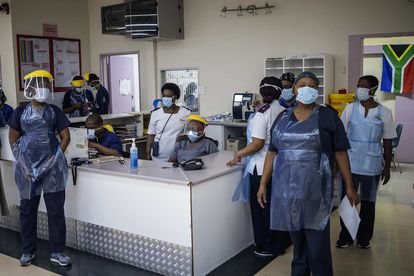 Debt, debt and not paying your debt. It seems this is something the Gauteng Department of Health may know all too well. Shocking new details of billions of rand in unpaid amounts were revealed last week during a meeting of the Gauteng Legislature’s Finance Committee. The department owes R3.1 billion to 42 519 suppliers who have not been paid within the legally required 30 days.

DA MPL Jack Bloom has kept a close eye on the situation as it piled up across various state hospitals in the province. According to Bloom, a financial bail-out will be necessary to clear the arrears.

Here’s a list at the hospitals that owe the most to suppliers. With some suppliers ranging from small companies to big industry players.

No payment, no services

Bloom goes on to warn that many of the suppliers have long since stopped providing services to the hospitals. One of the suppliers who has stopped due to a lack of payment, is Buhle Waste, a company tasked with removing medical waste.

“Which is why smelly medical waste is building up at Gauteng hospitals.”

The DA warns that aside from affecting patients, these late payments are causing several companies to go bust.

The Gauteng Department of Health has a budget of R59.4 billion for the 2022/23 financial year.