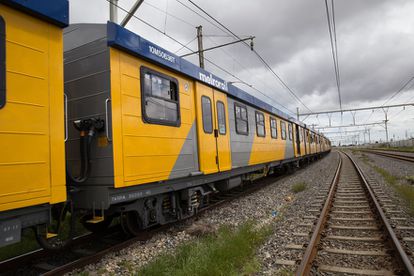 A 23-year-old woman was seriously injured after she was struck by a train in the vicinity of the Fraser train station in Tongaat, KwaZulu-Natal (KZN) on Saturday afternoon.

A security officer based at the train station sought medical assistance for the woman.

WOMAN STRUCK BY TRAIN IN KZN

They contacted RUSA after the female’s condition deteriorated while awaiting the arrival of a Provincial Ambulance.

According to RUSA, on arrival to the scene, officers and medics located the woman lying next to the railway tracks.

“She suffered a head injury and a suspected fracture to her left ankle. She was stabilised on scene before being transported to hospital in a serious but stable condition. According to the train driver, the female suddenly ran onto the tracks when she was struck.”

In a separate incident a woman was shot twelve times in the head, neck and back while her boyfriend was was shot in the abdomen, both hands and his head in Cottonlands, KZN on Friday night.

Two unknown men reportedly stormed into the woman’s residence and shot her and the boyfriend without warning.

According to the victim, two unknown suspects forced their way into the house and shot them without warning. They then searched him for valuables before fleeing empty handed.