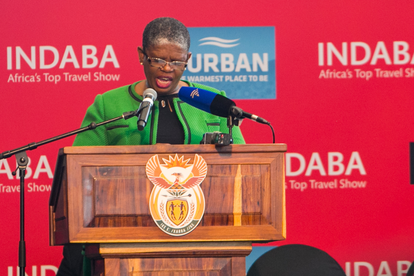 Former eThekwini mayor Zandile Gumede is again in the hot seat. Gumede is alongside her co-accused in the Durban High Court on Monday to answer to 2 793 charges.

Charges against them include corruption and fraud in awarding a Durban Solid Waste tender worth R320 million. During their last appearance on 14 June last year, the court postponed the trial to July 2022.

At the time, the hearing could not proceed because of incomplete submissions and changes in the defence teams. Today, as such, marks the pretrial conference, with the actual trial set to run from 18 July to 31 August.

The alleged money-laundering operation under Gumede’s watch features prominently on the agenda. The waste contract Gumede, now ANC regional chair, authorised was while she was mayor in 2017.

Case ready to proceed after plenty of delays

Bent to distance itself from strays, the ANC will likely pull the trigger by issuing a step-aside motion against the disgraced former mayor. But it all seems contradictory, considering the party’s biggest region is pushing for her election to a senior position.

To make matters worse, it’s understood that Gumede is barred from contesting. However, this eventuality remains to be seen, thanks to her current legal plight.