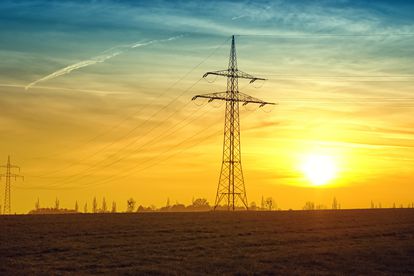 Image by Nicole Köhler from Pixabay

Image by Nicole Köhler from Pixabay

The Department of Energy has recently announced a change to the Energy Regulation Act that allows Eskom to source nearly 12 000 megawatt (MW) from independent power producers, known in industry jargon as IPPs.

President Cyril Ramaphosa, in a Q+A session with media editors in early September, also emphasised that self-generation of electricity and competition “that will put Eskom on its toes” is needed.

IPPs not an immediate solution

Pulling resources from IPPs to boost the ailing national grid has long been touted by some experts as a way to help solve the country’s chronic load shedding problem and dire consequences for the economy.

But is this the quick-and-easy panacea for our electricity ills that we have all been waiting for?

Not quite. There are still some dark days in our immediate future.

Still three to four years away

Independent energy expert, Chris Yelland from EE Business Intelligence, told broadcaster eNCA in an interview that the procurement was “significant” in that it accounted for nearly 25% of South Africa’s total requirement.

However, it would probably only come on stream in three to four years’ time because of the long and slow bureaucratic process. There would then also need to be financial closure and the construction process associated with this.

“So it’s not going to help in the short term, but in the medium term – definitely,” Yelland said.

Decision is only the first step

Addressing the question as to why it had taken so long for this to come about, he said this was a question that many people were asking.

Yelland also noted that, for the moment, government had only made the decision to procure the capacity and requests for proposal had not yet been made, which was the next step in the process.

In response to questions posed by My Broadband, Eskom spokesperson Sikonathi Mantshantsha said that while the power utility is grateful for the additional potential capacity, load shedding will remain a reality until it has fixed its Medupi and Kusile coal-fired power stations.

“Eskom welcomes the procurement of additional generation capacity as announced by the government recently,” he said.

“It is only through the addition of new electricity generation capacity that South Africa can be assured of a more reliable supply of electricity to power a growing economy.”

Mantshantsha added: “It is envisaged that the occurrence of load shedding will be significantly reduced once all of these projects are completed, late in 2021 and into 2022.”

Difficulties for another five years

“My scenario extends to loadshedding for at least five years after they have signed on the opening of new coal mines to feed the current coal fleet,” Blom said.

He believed turf wars within Eskom, corruption and lack of funding due to a bloated payroll would all hinder rapid improvements to the current situation.